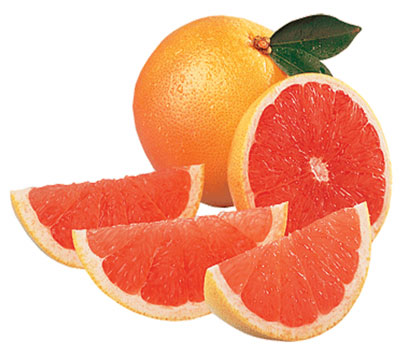 Today I’m back with another quick tip to help to enhance your fat loss efforts. The study concluded, “There was also a significant reduction in 2-hour post-glucose insulin level in the grapefruit group compared with placebo. Half of a fresh grapefruit eaten before meals was associated with significant weight loss. Insulin resistance was improved with fresh grapefruit.”

It’s interesting to note that the fresh grapefruit improved insulin sensitivity, thereby helping to control insulin and blood sugar levels, despite the carbohydrates contained in the grapefruit.

Another added benefit here is that grapefruit is one of the many super foods that are high in fiber with very few calories (a half grapefruit is only about 40 calories, usually a little less). The amazing thing about grapefruit is that it’s one of the well-known “negative calorie” foods – meaning it takes more calories to digest it than exist in the fruit.

While it’s a great diet food, don’t use this info as a means to jump into a grapefruit diet. The BEST Fat Loss plan is a well-balanced diet that includes fresh grapefruit.

Grab some fresh ruby red grapefruit at the grocery store this weekend and start adding 1/2 cup serving with your breakfast, lunch and super and enjoy the results of a proportionately smaller stomach.